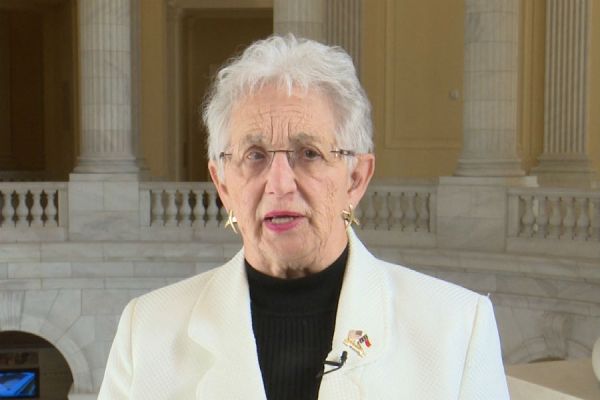 Washington D.C., May 30, 2019 / 04:00 pm (CNA).- Rep. Virginia Foxx (R-N.C.) has warned that a proposed anti-discrimination law could be used to compel medical professionals to participate in abortion procedures.

The Congresswoman made the comments during an interview that will air May 30 on EWTN Pro-Life Weekly.

The House of Representatives recently passed the Equality Act, legislation that would add anti-discrimination protections based on sexual orientation. The bill would amend the 1964 Civil Rights Act to define "sex" to include sexual orientation and gender identity, as well as "pregnancy, childbirth, or a related medical condition."

Speaking to Pro-Life Weekly host Catherine Hadro, Foxx called the Equality Act “bad for women” and “bad for our culture,” and said that she opposed the bill because of “what it does to encourage the opportunity for women to have abortions in this country.”

Foxx pointed to the phrase “related medical condition” as one that should alarm pro-life Americans, setting up the possibility for patients to be able to insist on an abortion from an individual doctor.

“The phrase ‘related medical condition’ has been recognized by the courts and the Equal Opportunity Commission as a coded reference to abortion,” Foxx said. “So [the bill] creates a right to demand an abortion. And I do not believe that that’s what we need to be doing in this country.”

Pro-life leaders, including the United States Conference of Catholic Bishops and the Susan B. Anthony list, have urged lawmakers to reject the bill. They argue that it could be used to undermine conscience rights by threatening health care providers with discrimination charges if they refuse to perform or facilitate an abortion procedure.

Foxx said she offered an amendment to the bill that would have clarified that the Equality Act could not force those with a moral objection to abortion to be compelled to participate in an abortion procedure. “Unfortunately,” she said, “that amendment was rejected.”

The rejection of the amendment, Foxx said, “speaks volumes to me about where the Democrat party is,” adding that she thinks the abortion industry played a role in crafting the legislation.

The Trump administration has expressed opposition to the bill and the Republican majority in the Senate is not likely to hold a vote on the measure.

A spokesperson for Senate Majority Leader Mitch McConnell said recently that there are currently “no scheduling announcements regarding Senate action” on the bill.

Kate Scanlon is a producer for EWTN Pro-Life Weekly.